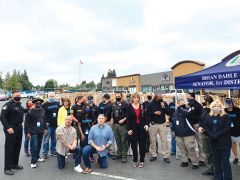 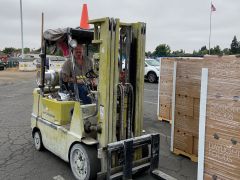 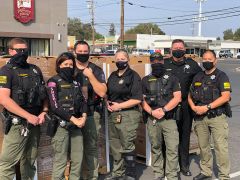 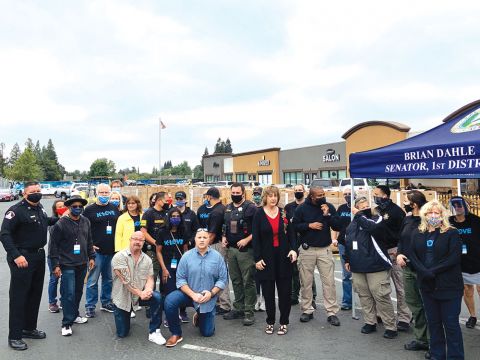 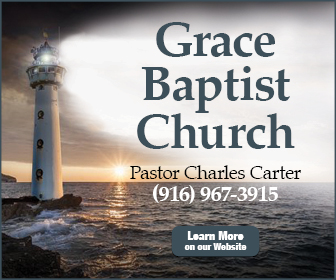 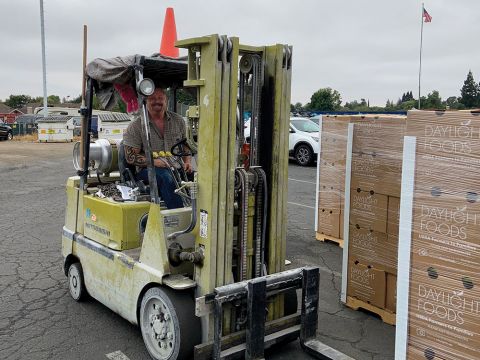 Honorary Orangevale Mayor Candidate Cliff Wylie, CEO of Ware House Interiors, was there to lend his equipment, efforts and facility for the distribution. Photo: Office of Senator Brian Dahle

The event utilized food boxes from the U.S. Department of Agriculture’s Farmers to Families Food Box program to distribute over 2,000 boxes of food. Each box weighed approximately 35 pounds and was filled with fruit, vegetables, dairy, and a protein. Badfish Coffee & Tea owners Mark Eister and Pearl Spencer, alongside property owner Cliff Wylie, opened up their parking lot for use by big rigs, forklifts, pallet jacks, and volunteers to pass out over 75,000 pounds of food. All of the equipment used was provided by Cliff Wylie, CEO of Ware House Interiors.

“We are handing out food to people in need,” said Cliff in a video posted to Orangevale Live’s Facebook page. “That’s how Orangevale rolls. We step up to the plate.”

Badfish is a local, family-owned business that opened in 2018 with a passion for family, community, and coffee. Badfish owners Mark and Pearl look to influence the development and progress of the business community of Orangevale by actively engaging meaningfully with every person that comes in the door.

Senator Dahle noted: “The USDA has this resource, but when you need to get the food distributed to the places in the community that really has needs we call on faith groups, small churches, and service organizations, they always know better than the Government where people are who may be falling through the cracks. I want to thank these small businesses and other volunteer groups for doing this good deed.”

Volunteers from K-LOVE Air 1 Radio and the Sacramento County Sheriff’s Office were on scene early in the morning, staging 48 pallets of food and handing out boxes to families as they drove in. K-LOVE Air 1 helped spread the word and get the community engaged while keeping morale high by playing music throughout the entirety of the event.

The Farmers to Families Food Box initiative was created through the Coronavirus Food Assistance Program to provide relief to farmers and distributors who saw a decline in the demand for their food products as COVID-19 took hold over California. Ultimately, both the farmers and distributors and local communities are reaping the benefits of such a program. All of the food came from Daylight Foods, a Bay Area food distribution company in Union City, California.