Can You Hear the Music? 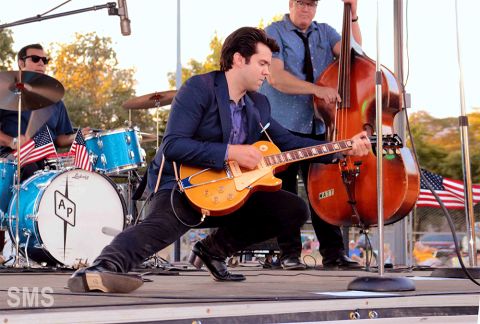 Carmichael rocker Todd Morgan (center) and the Emblems lay down a beat for more than 500 fans in Fair Oaks Park last week. The group will also feature in the upcoming Carmichael Park concert series. Bass player is Matt Dudman; drummer is Andrew Philip. 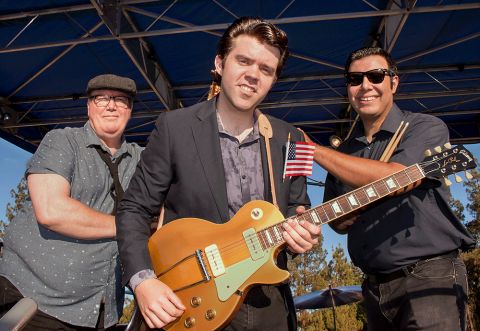 Carmichael rocker Todd Morgan (center) and the Emblems kicks off his Fair Oaks Park gig for an audience of more than 500 fans. The group will also feature in the upcoming Carmichael Park concert series.

Like many pro-entertainers, Morgan (30), has suffered an 18-month live-music drought. “It felt great to see everyone out again,” he said after two sets. “Though I love recording and writing, a huge part of what I love is performing – with a band – in front of an audience. I saw people at Fair Oaks who were little kids when they started coming to our shows. People I hadn’t seen in years were back out. It was great seeing everyone having such a good time.”

Morgan and the Emblems debuted what continues as a final-Thursday event each month, ending September 30. Supported by the area’s Park District, Chamber of Commerce and the Fair Oaks Theater Festival, the season includes comedy acts on final Fridays and theater productions on final Saturdays. Thursday music is free; paid admission is required for Friday and Saturday shows.

Pared down and relocated, the Fair Oaks series continues a decades-old tradition. Because a huge rebuilding program is under way at Village Park amphitheater, a softball arena at nearby Fair Oaks Park provides the 2021 venue. Performers shake and rattle a mobile stage; fans bring chairs and rugs to the outfield. Food trucks feed the hungry; beer and wine sales benefit the non-profit Fair Oaks Theater Festival. “Dancing is not only allowed -- it’s encouraged,” said Fair Oaks Recreation and District staffer Katy Coss. “After a year without concerts, it’s great to see people shaking off the cobwebs.”

Though crowd size is not numerically restricted, admission ends when the fenced outfield is full. Late-comers may enjoy music from the car park and other parts of the reserve. The rock theme continues with the KMC Band on July 29; Wasted Space entertains on August 26; On Air is booked for September 30. Arena admission begins 6:30 pm. Downbeat is 7:30 pm.

Other communities have revived live events in tune with easing COVID restrictions. The City of Roseville this month began a June-to-September series of tribute band performances at Vernon Street Town Square. On July 10, Carmichael Recreation and Park District will kick off eight consecutive Saturday concerts. Due to 2021 budget shortfalls, the District made a painful choice between live music and a July 4 fireworks display. “We simply could not afford both this year,” explained CRPD administrator Mike Blondino. “It came down to 17 minutes of fireworks at $17,000 -- or eight weeks of concerts. We decided the concerts would serve more people for a more worthwhile length of time.”